In 1985,3 when ACFID (then ACFOA – Australian Council for Overseas Aid) first started conducting detailed surveys of its members, Australia’s aid NGOs worked in a different world. There were neither Human Development Reports, nor Millennium Development Goals. The Cold War dominated geopolitics.

At the beginning of 1985, the Australian Government aid budget was 0.44% of Gross National Income but was already beginning to decline sharply. ACFID had 35 members, who raised $63 million in funding that year. In 1990, when reasonable global estimates first became available, nearly 35% of the World’s population lived in extreme poverty.4

By 2016 ACFID had 126 members, who raised more than $1.5 billion for international development work. The Cold War was now over, yet our world faced new challenges. The global war on terror brought with it conflict, destruction and displacement on an unprecedented scale. The apparent impacts of climate change in the Pacific, food and water scarcity across Africa, and the persecution of the Rohingya, precipitated protracted and complex humanitarian crises that both compelled the Australian NGO community to respond, and overwhelmed our capacity to do so. Globalisation has brought significant material benefits to many people, yet its challenges have also become more apparent. At times these challenges have brought solidarity and creative thought. However, conservative, populist backlash against trade and migration is also emerging.

The aid and development landscape continues to change in fundamental ways. The Sustainable Development Goals have set a global development ambition that only reinforces the criticality of serious global development effort if we are to achieve Agenda 2030. As a global community, we are certainly more aware of the perils of climate change, yet this has not translated into sufficient global efforts to tackle the issue. About 10% of the world’s population live on less than $1.90 a day, though we know this to be an insufficient yardstick for poverty. The changing face of global poverty and rising inequality means that some of the world’s poorest people will continue to be found in fragile and failing states, while others will be living in comparatively wealthier, stable states.

While the case for principled and deliberate action, and the need for Australia’s leadership in this space, has never been more apparent, the reality of Australia’s aid and development position paints a starkly different picture. Adjusting for inflation, Australia’s aid budget has fallen by more than $1.5 billion since the 2010–13 financial year. And data from the Development Policy Centre’s Aid Stakeholder Survey points to decreasing aid program effectiveness, declining expertise, and aid that is increasingly oriented to advancing Australia’s interests (Wood et al. 2016a). The Australian political climate hampers progress in areas ranging from aid, to the SDGs, to climate change, to humane migration policies. Governments are unlikely to effectively tackle global problems or to make serious commitments to advancing international development if the prevalent public sentiment within their borders presents as nationalist. Though encouraging public opinion polls do not seem to describe a country where most people hold positions strongly at odds with a better development future, this has not translated into active support.

Climate change illustrates starkly the challenges of global cooperation. Although the risks of major harm emerging are high enough to justify concerted action to reduce its effects (Wagner & Weitzman 2015), and although the potential harms caused by climate change have been understood since the 1990s (Houghten et al. 1990), action to address the issue has been halting and insufficient. In part this is because action on climate change will have some short-term costs (although these are often overstated) even as it brings much larger long-term gains (Stern 2007). Powerful vested interests have also prevented action on climate change (Oreskes & Conway 2010). But another major barrier has been the global nature of the problem. Because of it, action on climate change has to be truly international—involving most of the world’s states (or at least its large states)—if it is to be effective.

The work of Australia’s NGOs in this area will be shaped to an extent by the need to help developing countries, particularly small island states, offset the effects of climate change. The importance of Disaster Risk Resilience programs, capable National Disaster Management Offices and direct programs to protect Pacific community livelihoods such as through mangrove protection and rehabilitation have never been more urgent. Concurrently, natural disasters strike our Pacific neighbours with an unprecedented severity and regularity, diverting critical resources away from long-term management strategies in favour of immediate relief.

Although climate change is the most worrying example, the need for global collective action is present in many other areas. With this comes the need for advocacy and global cooperation on behalf of Australia’s aid NGOs. Many already work in these areas but the need for this work is very likely to increase in coming years. Additionally, the development gains that have occurred in recent decades will be reversed if global challenges are not addressed through effective global collective action. Both at home and abroad, the landscape of civil society work is shifting and shrinking. Once-vibrant civil society actors across Africa are finding themselves hamstrung through tightening government regulations and a crisis of legitimacy that calls them unelected and unaccountable. Our civil society peers in Cambodia are being investigated for non-compliance with taxation laws, and legislated freedoms of expression, association and assembly continue to be undermined through ad hoc legal measures and government initiatives. Across the globe, the perceived legitimacy and strength of our sector is being eroded, and Australia may be regarded as no different. As the Government continues to seek out new ways to force our charities to defend themselves against restrictive policy propositions, our sector finds itself constantly toiling to simply hold the line, and with fewer and fewer resources to devote to holding that very same Government to account.

In a time of declining public trust, it is more difficult than ever to rally the required public sentiment for such measures to be viewed as politically untenable. Concurrently, we see that the private sector is becoming increasingly deregulated, and ever more powerful in the international development space. The relentless pursuit of efficiencies in this regard threaten to undermine the longstanding work of Australian NGOs in building deep connections and trust in communities across the developing world, and the opaqueness of many private sector supply chains ultimately leaves more concerning questions than innovative solutions.

In other ways, the domestic context for Australian development NGOs is changing rapidly too. The number of domestic charities has been rising rapidly (JBWere 2016, p. 10). Domestic NGOs and those working in international development need not necessarily be seen as competitors, but the fundraising environment across the NFP sector is becoming more competitive.

Thus, for Australian development NGOs the challenge is much the same as it is worldwide, and the call to action must be vocalised and heeded. We must seek out new ways of mobilising and reinforcing a movement of accountability, and indeed capability, that reenergises our sector, and continues to build important civil society sectors in fragile and developing states. The continuing challenge to restate our value to the democratic space must be confronted with united movement, and this important moment in our sector’s history must not be missed.

The world that Australia’s aid NGOs work within is very different from that of the mid-1980s, but NGOs’ work is as important as ever. This is not likely to change over the next 30 years. Global disparities and need will continue. The context that Australian aid NGOs are working in is changing, however. For many NGOs this will mean a change in the way they work. Some NGOs will find their work shifts much more than others. Some country contexts will change more than others too.

This report offers an opportunity to place the work and health of our sector within this broader context, consider its successes and its opportunities for growth. It is intended to create the space for robust discussion within ACFID’s members, the wider international development sector, and with our stakeholders. This year’s State of the Sector report is a first cut at distilling what we know about our sector and its financial health to create a meaningful story that engages us in a more powerful discussion of ‘where to from here’. Whilst it speaks to many of our strengths, it also shows us areas where we can do more, where we may be able to direct our efforts more effectively and asks us to consider why we do our work the way we do, not just what we do and how. It is hoped that it will be the first of many reports of this kind and will provide a truly valuable basis for conversation and planning. We are pleased to share it within these pages.

3 Page 18 here: link, accessed 27 Nov 2017.
4 Poverty data come from the World Bank’s PovCalNet. Extreme poverty is defined as less than $1.90 a day adjusted for purchasing power parity (that is, taking differences in costs of living into account). Figures are based on consumption data for most countries, meaning that subsistence income is taken into account. 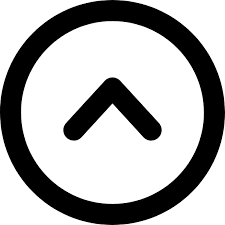